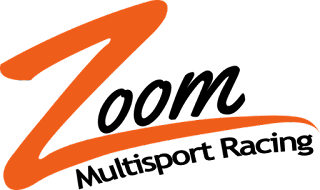 On June 21, 2015, I competed in my first aquabike race at Caesar Creek State Park located in Waynesville, Ohio. Since I had just raced a half iron distance triathlon one week earlier, I decided an aquabike was the way to go this time.

My husband and I drove up there and arrived on Friday, the 19th. We stayed in the nearby town of Springboro, which was about 10 miles away. On Saturday, we woke up to rain and lots of it. We decided to go to the National Museum of the United States Air Force to stay out of the rain. I had never been and it was really neat to see so many planes and to learn about USAF history. After the museum, we grabbed a quick lunch and then went to the race site for packet pick-up and an athlete briefing. The rain had stopped by the time we arrived so we were able to see the swim area and drive the bike course. We then went back to the hotel and prepared our gear for the race, grabbed dinner and went to bed early.

On Sunday morning, we arrived on site early since the transition area was first come first serve. The racks were sectioned off by event (aquabike, duathlon, sprint, etc.) The aquabike rack was the first rack inside of transition from the run in end. I was able to get the spot on the end and set up my transition space. Then I was able to watch the sun rise over the lake. 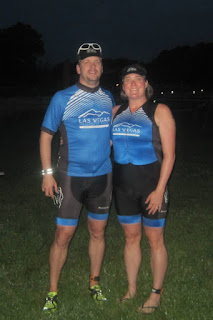 The swim was a two loop course measured out to be 2000 meters. It was a mass start of all the 1/3 iron distance triathlon, aquabike, aquathon athletes as well as the 2000 and 4000 meter swimmers. The water was 75 degrees so the swim was wetsuit legal. The swim started off very congested and there was a lot of bumping until after the first turn. Once along the long back section, I was able to find my groove and move away from the crowd. The two loops seemed to take forever and by the second loop I was getting pretty warm. I was glad when I made my final turn towards the shore. Once I exited the water, there was a long beach run to a paved path that continued up a hill to the transition. The swim measured long with Garmin showing about 2200 meters. I completed it in 38:41. 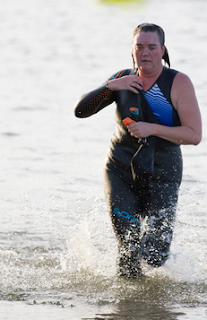 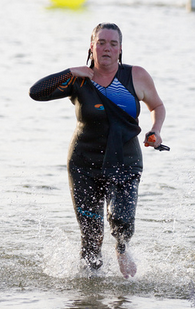 Once in transition, I stripped off my wetsuit, put on my helmet, grabbed my bike shoes and my bike and started the run out of transition. Since there was a really long run from transition to the bike mount line, I decided to run barefoot and put my shoes on at the line. I had also decided to race without socks for the first time. I didn't want dirty wet socks for the entire race. My T1 time was 1:32.

The bike course was a two loop course of 17 miles each. The first mile of the ride was uphill as I made my way out of the park. Once out, I rode on a highway for a few miles. They had the right lane closed for the race and cops at every intersection to stop traffic. I felt very safe while on the bike course. I then turned onto country roads that ranged from rolling hills to flat. It was a very nice ride and the road condition was great. The course was well marked so even if I hadn't pre-driven it, I would have had no problems staying on course. I completed the 34 mile ride in 1:48:26. 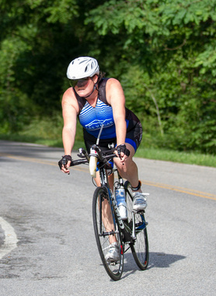 I decided to try and unbuckle my shoes before I reached the dismount line. I had never tried it before so I was a little nervous but it ended up being easy. I pulled my feet halfway out of my shoes and was able to stop and dismount with no problems. I then ran my bike back to transition in my bare feet. I quickly racked my bike and took my helmet off. I then had to run out of a special aquabike run-out spot to head towards the finish line. I ran in my bare feet since it was such a short distance. My T2 time was 0:35.

I sprinted across the finish line with a total time of 2:29:15. That was good enough for 3rd place overall and 1st place female. They did not have finisher's medals or place medals. Instead they gave overall winners a TYR mesh backpack, a local running store $15 gift card and a $25 SLS certificate. They also entered all participants in a drawing and I ended up winning a $25 Trisports.com certificate and another $25 SLS certificate. My husband won a $50 Performance Bike gift card. 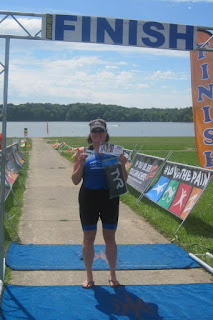 It was a fun race and a good experience. I went into it not really knowing what to expect and with very little expectations. I used it as a day to try a few new race techniques. I don't know if I will do more aquabikes but I'll keep my options open.