The Making of a Dream, Ironman Arizona 140.6

I had been amazed by athletes who completed a full Ironman since I first saw a televised Ironman World Championship race in the 1990's. I always cried while watching them because of the emotion, determination, and drive these athletes had. Watching these planted a tiny seed in my mind and heart that one day I would love to be able to complete one of these races. 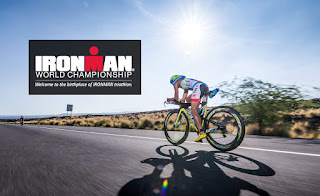 Fast forward to 2012. I'm married with two kids, work in a sedentary job, been having heart issues since 2009, been diagnosed with osteoarthritis, and am morbidly obese. If I continued down the road I was traveling, I was going to stay unhappy and suffer an early death. Things had to change. I made the decision to turn my life around. I searched online for something to help motivate me and I found an all women's sprint triathlon scheduled for September 2012. I signed up for it. I joined a gym and started working out. I completed that race and was forever hooked on the sport of triathlons. Over time, I lost about 60-70 pounds, no longer needed to take heart medication and seldom had issues with my osteoarthritis.


Fast forward again to 2015. I had completed a lot of triathlons over the three years. I had done three half distance triathlons that year alone and had finally decided to take on the full distance triathlon. I researched which race would be the best to do as my first full and decided on Ironman Arizona. This race is very popular and sells out in hours if not minutes. I had talked a few friends into racing with me and we were all going to go down to the 2015 race as volunteers so we could sign up for the 2016 race.


On October 10, 2015, I severed my right ACL and tore my right meniscus while participating in an obstacle course 10K. I thought my dream was over. We all cancelled our volunteer shifts. Most of my friends decided to still register for the race. I was told by my doctor that I could probably plan on racing a sprint triathlon by the fall of 2016 but that there would be no way I could be ready for a full distance triathlon by then. I was heartbroken.


On the day registration opened, I didn't pay much attention to it. For some reason, the race didn't immediately sell out. It was still open in the afternoon. I saw a Facebook post about it and went to check it out myself. I couldn't believe it. I started thinking it might be a sign. I contacted my husband and coach to see what they thought about me signing up for it anyways. I would purchase the insurance so if I couldn't do it I could at least get a refund. My husband was 100% supportive. My coach said that he thought I could do it. He knew my work ethic and drive and said that as long as the reconstructive surgery and rehabilitation went as planned and if I stuck to my training plan then I should be able to complete it. I waited a few more minutes to think it over and signed up. It was scary but it gave me the boost I needed. 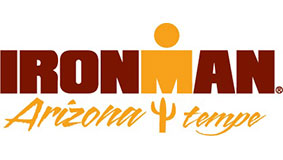 I had the reconstructive surgery on December 29, 2015. It went perfectly. I immediately started physical therapy and stuck to it. I hit every milestone my coach said I needed to hit to stay on track with my rehab. I was allowed to bike outside in March and finally allowed to start running in April. I had lost a lot of strength and speed. I didn't know if I was going to be able to regain enough of it by the November race.


I raced in a sprint triathlon on May 21, 2016. It wasn't very fast but it felt pretty good. My healing, rehab and training were going as planned. I was released from physical therapy in June and started focusing on Arizona. I raced an olympic triathlon on July 9, 2016. My training miles started to increase. I raced a half marathon on August 20th and another olympic triathlon on September 10th. My endurance was coming back but I was still struggling with my speed. I attempted a half Ironman distance race on October 1, 2016 that resulted in a DNF and a trip to the ER for severe dehydration. The DNF was a bit of a mental blow but I refused to let it derail me. I took the lessons I learned from it to dial in my hydration and nutrition plan for Arizona.


I took two training trips to Arizona to scout out the course and get a few training rides on the bike course. This helped give me an idea of where I was at and what I needed to improve on. It also helped me mentally prepare for race day. These trips were extremely helpful.


The first weekend of November was my peak in training. That would give me two weeks of taper. The miles listed for that weekend were very intimidating but I had stuck to my training schedule and knew that I was well prepared for it. I had a 3500 meter swim, a 100 mile bike ride and a 22 mile run scheduled. Due to an unexpected trip to my hometown to attend my uncle's funeral, I had to move my ride to the following Tuesday. I was able to get the swim and run in while visiting family. Once I returned home from the funeral, I completed the 100 mile bike ride solo. I had done most of my long rides with my husband but had to ride this one alone. It was a great time to test my hydration and nutrition plan, think about my uncle and family, envision my upcoming race and to reflect on this journey.


I finally entered taper 11 days before the race. I had managed to arrive there healthy and fully healed. I had only encountered minor issues along the way. I couldn't have asked for a better outcome. I knew that if everything stayed on track that I would be racing in my first Ironman on November 20, 2016. 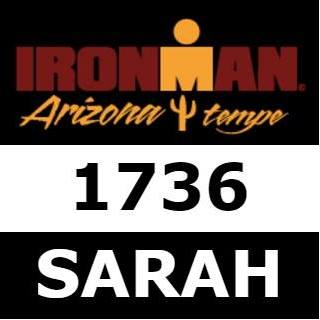 I had heard people say before that the actual race is just a celebration of the journey you took to arrive there. I completely believe that now. The journey I took to arrive to this point has been amazing. No one who was looking at me in 2012 would have ever thought I would be completing a full Ironman triathlon in four short years. I had many doubters of my ability to achieve this dream after I had my knee injury. Heck, I even questioned it a few times. Thankfully, I was surrounded with an amazing surgical team, awesome physical therapy team, knowledgeable coach, and supportive family and friends. Without them, none of this would have been possible. If you have a dream, no matter how big or how long ago you had it, never give up on it!
Posted by Unknown at 2:25 PM No comments: